SHANGHAI, CHINA, December 14, 2017 /24-7PressRelease/ — Economists at Shanghai, China-based investment house, Ashton Whiteley, are of the opinion that the surprising acceleration of China’s imports and exports in November is a positive sign for the world’s second largest economy although they predict that economic growth will continue to cool as the government ramps up its effort to control pollution and mitigate financial risks.

As global demand has come in stronger than expected with consumers hungry for Chinese goods, the economy has received a surprising boost. This has given policymakers room to tighten regulations to prevent high risk lending.

Exports in November increased at their fastest pace in eight months to 12.3 percent on a yearly basis, fueled by robust sales of high tech goods and electronics. In turn commodity purchases helped boost imports.

Ashton Whiteley economists reported that imports grew 17.7 percent year-on-year last month which was far above the anticipated 11.3 percent growth and accelerating at its most rapid pace since September.

Ashton Whiteley economists believe that these figures may help to allay concerns of cooling momentum in Asia’s biggest economy, which had astounded markets with strong expansion of almost 6.9 percent in the first three quarters of 2017, largely due to state-led infrastructure spending and surprising strength in the exports sector.

While Ashton Whiteley economists do anticipate that China’s domestic economy will slow in 2018 due to tighter financial policies and more stringent anti-pollution regulations, the November import figures indicate an upside to the China outlook. 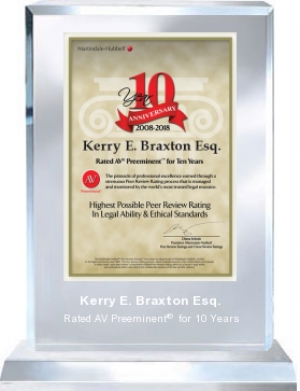 Attorney Kerry E. Braxton Esq. is Honored for Achievement of the AV Preeminent Rating – the Highest Possible Rating from Martindale-Hubbell