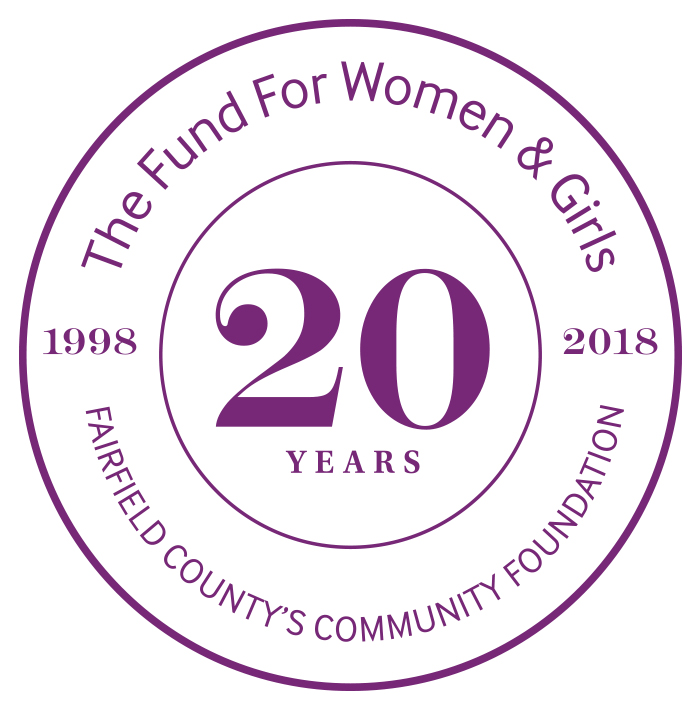 GREENWICH, CT, April 07, 2018 /24-7PressRelease/ — Celebrating 20 years of community impact, Billie Jean King was the featured keynote speaker at Fairfield County’s Community Foundation’s Fund for Women & Girls. Close to 1,000 friends and supporters from Connecticut and beyond were part of this auspicious event held at the Hyatt Regency in Greenwich. The theme of the gathering, which was the highlight of a year-long celebration, was Courage to Create Change. As a courageous visionary and an inspirational champion for social justice and equality, Ms. King offered her wisdom from the past and advice for the present and future.

The Fund raised more than $700,000 including ticket sales, sponsors’ generosity and a text to give campaign. Attendees rose to the occasion during the text to give campaign adding $160,000 to the proceeds including a magnimous matching challenge from Billie Jean King of $10,000. Those net proceeds from the luncheon will directly benefit The Fund’s Family Economic Security Program (FESP) at Housatonic Community College (HCC) in Bridgeport, CT.

Over the last 20 years, Fairfield County’s Community Foundation’s Fund for Women & Girls has invested more than $5 million in sustainable solutions, informed by research, in support of economically secure, safe and healthy women and girls throughout Fairfield County. Established in 1998 by a small group of visionary women, The Fund for Women & Girls is now New England’s largest women’s fund. The Fund has improved the lives of thousands of women while strengthening their families, the next generation, and the entire community. And during today’s luncheon, these visionaries were honored for foresight, determination and dedication to women and girls throughout the region.

FWG pioneer Anne S. Leonhardt contributed seed funding that ultimately launched the Fund. In honor of her legacy, the first Anne Leonhardt Award was bestowed upon Citi, a longstanding supporter of the Community Foundation and The Fund. Citi was recognized for its community leadership and philanthropic efforts promoting economic progress and equity throughout Fairfield County.

“This year’s Courage to Create Change theme perfectly embodies the role that Fairfield County’s Community Foundation Fund for Women & Girls has boldly played over the past 20 years. We salute the visionaries for their courage in The Fund’s creation and their ongoing dedication and commitment to changing the lives of women and girls throughout our county,” stated Juanita James, CEO and President, Fairfield County’s Community Foundation.

Last year, Fairfield County’s Community Foundation’s Fund for Women & Girls awarded nearly $885,000 in grants to 31 organizations and has positively impacted over 9,200 women and girls. Grants were bestowed on organizations that share a commitment to education, and The Fund increased the number of smaller grants awarded to leadership development and STEM (Science, Technology, Engineering and Math) programs for girls.

The Fund for Women & Girls’ Family Economic Security Program recognizes the critical need that adult students can often not attend college due to competing needs, financial hardship, lack of childcare and more. FESP addresses these issues by providing financial aid, as well as comprehensive, bundled support services that foster an encouraging and nurturing environment for its students, leading to economic security and sustainable careers.

During the luncheon, former FESP Student Kashaine Ferryman stated “I am grateful for the financial support that FESP provided. However, the encouragement, guidance and moral support I received was just as important and much needed. Because of FESP, I was able to complete both my associate’s and bachelor’s degrees. The program taught me to persevere, work hard to achieve my goals and, most importantly, never give up! Today, I get not only to pay it back, but also to pay it forward. Your support of FESP has motivated, supported and encouraged so many women like me to have the courage to stay the course, no matter how rough or how long. ” Ms. Ferryman currently serves as the Support Services Program Coordinator for Norwalk’s Family & Children’s Agency.

Fund for Women & Girls dedicated Steering Committee member, Liz Lazarus, of Greenwich, CT, co-chaired this year’s luncheon with Leah Glover, of Trumbull, CT, and they were supported by an engaged luncheon committee from across the region. The beneficiary of this generous luncheon effort, the Family Economic Security Program (FESP), was built on the successful pilot program at Norwalk Community College and is now in its third year at Housatonic Community College (HCC). The program at HCCC will ensure that 400 low-income students over a four-year period, persist, graduate and move into family-sustaining employment.

The audience was captivated when keynote speaker, Billie Jean King spoke about lessons she learned on and off the tennis court. “We are so underserved. Women are and girls are. We need everyone to give to women and girls. It’s really important to pay close attention and to help everybody. But women somehow always get less. Girls just don’t get the kind of help that guys do. When you help a young girl or woman you change the world in so many ways because she is the one who is usually raising the children. Everything needs to be made equal! You have the power and you need to step up,” stated Biliie Jean King. After her talk, Billie Jean lobbed autographed tennis balls much to the thrill of the packed room of supporters.

About Fairfield County’s Community Foundation’s Fund for Women & Girls
The Fund for Women & Girls, a special interest fund of the Community Foundation, is the largest women’s fund in New England. Our mission is to engage philanthropists and invest in sustainable solutions that lead to economically secure and healthy women and girls throughout Fairfield County. Since 1998 The Fund has invested over $5 million in grants to programs serving females ages 5 to 90. The Fund is a member of the global Women’s Funding Network and the White House endorsed Prosperity Together.

About Billie Jean King
As one of the 20th century’s most respected and influential people, Billie Jean King has long been a champion for social justice and equality. She has created new inroads for both genders in and out of sports during her legendary career and she continues to make her mark today.

King, who won an astounding 39 Grand Slam titles during her career, blazed trails for women everywhere in 1970 when she became one of nine players to break away from the tennis establishment and accept a $1 contract from tennis promoter Gladys Heldman to compete in the newly created Virginia Slims Series. The revolt led to the birth of women’s pro tennis and the formation of the Women’s Tennis Association.

In 1973, King produced one of the greatest moments in sports history when she defeated Bobby Riggs in the famous match dubbed “The Battle of the Sexes.” She is the author of Pressure is a Privilege: Lessons I’ve Learned from Life and the Battle of the Sexes, published in 2008, commemorating the 35th anniversary of that historic match.

In 1974, King co-founded World TeamTennis, a mixed-gender professional tennis league, and remained heavily involved with the league for over 40 years, selling her majority ownership stake in 2017.

She currently owns the Philadelphia Freedoms and heads up the Billie Jean King Leadership Initiative. She also serves on the executive boards of the Women’s Sports Foundation (which she founded) and the Elton John AIDS Foundation (EJAF).