Washington, DC, May 17, 2018 –(PR.com)– Today the Alliance for Proton Therapy Access released a national report – Cancer Care Denied: The Broken State of Patient Access to Proton Therapy – revealing the heavy emotional and financial burden that many cancer patients endure when trying to get their insurer’s approval for physician-recommended proton radiation therapy. The report calls on insurance commissioners in all 50 states to adopt and enforce the principles of a Cancer Patients’ Timely Treatment Bill of Rights and hold insurers accountable for providing fair, timely, and transparent access to cancer treatment.

According to patient data provided by several proton therapy centers, nearly two-thirds (63 percent) of cancer patients aged 18 to 64 whose physicians recommend proton therapy as the best course of treatment for their disease are initially denied by their insurer. The report reveals that patients and their physicians are sometimes successful in reversing the initial denial, but time spent waiting – and delaying treatment – averages nearly three weeks (13 working days). In the end, proton therapy is denied more than four times out of ten (42 percent) and it takes an average of more than five weeks (27 working days) to receive that final denial.

“When dealing with the enormity of a cancer diagnosis, private health insurers are adding undue physical, emotional and financial stress on patients. They are denying payment, dragging patients, their families and their doctors through lengthy appeals processes, and delaying access to treatment – seemingly in a systematic and intentional manner,” said Daniel E. Smith, Executive Director of the Alliance. “Unfortunately, delay and deny is a common practice for insurers, signaling an urgent need for solutions that hold them accountable.”

The Alliance is launching Cancer Care Denied, a grassroots campaign to shift the balance of power and give physicians and patients more say in cancer care. They are calling on insurance commissioners in all 50 states to adopt and enforce principles of a Cancer Patients’ Timely Treatment Bill of Rights. The Bill of Rights calls for:

The failure of insurers to abide by these simple principles imposes tremendous physical and financial stress on patients. The Alliance’s report includes detailed accounts from a number of cancer patients affected by the disproportionate power wielded by health insurers over patients and their physicians, including:

· Linda Thomas, who was initially denied, had no choice but to enter into a frustrating, confusing and unfair appeals process before her insurer was finally forced to pay for her treatment.
· Vivian Heckman, a lung cancer patient who paid more than $100,000 out of pocket after her insurance company refused to cover her proton beam therapy, said, “My family will recover from the financial hardships of paying out of pocket for the therapy; however, there are many more patients without the financial means to fund their own care and who are dependent on their insurer and have nowhere else to turn.”
· When diagnosed with a brain tumor at age 23, Brent Neise’s proton therapy treatment was denied by his insurer despite the risks alternative treatments posed to his healthy brain tissue and long-term health. While fighting the insurer through the appeals process, his care was delayed approximately six weeks.
· Mike Hagy, an oral cancer patient, was denied proton therapy by his insurer and opted to move forward with traditional radiation because he didn’t want to wait any longer to begin treatment. He suffers from side effects including weight gain and a thyroid condition that will require lifelong medication therapy.

“By adopting and enforcing common-sense principles, state insurance commissioners can take an important step toward repairing the broken system cancer patients face when they and their doctors are fighting for the best chance at survival and the highest quality of life,” added Smith. “Cancer patients should be fighting cancer, not their insurance companies.”

Proton therapy is an FDA-cleared treatment, often approved for pediatric and Medicare patients, that allows physicians to precisely control and conform the bulk of its cancer-fighting proton energy field on cancerous cells, thereby minimizing extraneous radiation dose to healthy tissues, preserving organ function, and potentially reducing harmful side effects. Proton therapy is medically necessary for many patients suffering from a variety of cancers.

The Alliance is hosting a Facebook Live event today at 3:00pm ET to discuss the report and their new Cancer Care Denied campaign. To view the event, please visit the Alliance’s Facebook page.

About the Alliance for Proton Therapy Access
The Alliance for Proton Therapy Access is an advocacy organization comprised of a growing community of patients, families, caregivers, physicians, and industry partners working together to make sure all cancer patients seeking proton therapy receive fair and timely payment decisions from their health insurers. The Alliance is governed by a Board of Directors made up of patients, physicians and industry partners. Sign up to be an advocate and learn more about the Alliance at allianceforprotontherapy.org. Follow the Alliance on Facebook and Twitter. 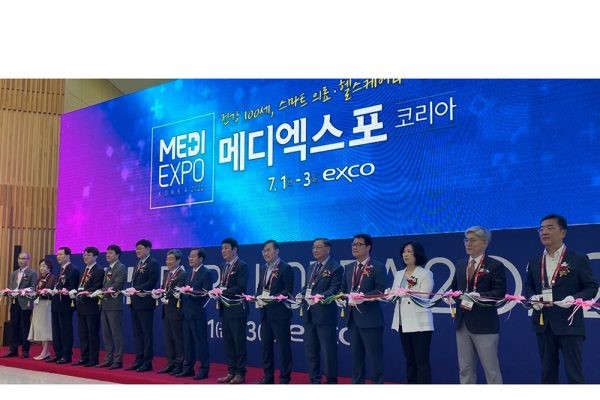 ‘MEDI EXPO KOREA 2022’, an Integrated Health and Medical Exhibition, was held at EXCO in Daegu on the 1st… 350 Companies Participated with 900 Booths in Operation!