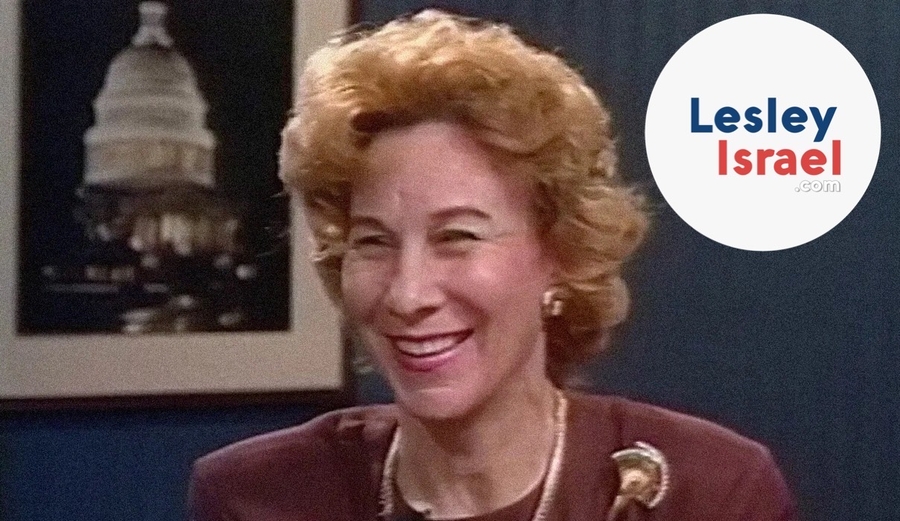 EASTON, MD, May 06, 2022 /24-7PressRelease/ — In 2022, Lesley Israel does her very best work as a grandma, and she’ll be the first to tell you that. Everything else that came before her grandchildren was important, but it’s all in the past now. This sort of modesty must not come easy, one might think given Ms. Israel’s long list of career accomplishments, but, for her humility is second nature.

With countless highlights in the realm of politics and activism to her credit, Lesley Israel’s concern has far less to do with how she’s remembered, and more to do with how the beneficiaries of her efforts have fared over time. Also, she hopes to always serve as a great inspiration for the younger generation.

First, a little background: Lesley Israel served as Senior Vice President for over a decade at the well-known Kamber Group, a public relations and advertising firm. It was there that she honed her skills on a wide range of client problem solving from image challenges & development to basic PR services. Eventually, Lesley left Kamber to pursue the goal of starting her own full-service political consulting firm, Politics, Inc.

Beyond American borders, Lesley was involved with the International Foundation for Election Systems, where she served as both Treasurer and Director. Lesley’s passion for her faith came to the forefront at this time more than perhaps any other. At the helm of the National Coalition Supporting Soviet Jewry she advocated for Jewish communities in countries of the former Soviet Union. She was able to watch countries and lives change in real time, as democracy took root in these places and not only changed countless lives, but saved many in the process. This went on for over twenty years, taking her from Afghanistan to Zanzibar and many places in between.

We caught up with Lesley Israel by phone in order to discuss the early days of her career, how she balanced work and family, and what she thinks of the challenges the world is facing today.

In the beginning, did you plan to get into the world of politics or did you pivot from another field? What drew you to it?

Well, my parents were journalists, so I was raised in the edges of the political world in Washington, but in a non-partisan way. Just gradually, as you watch the world of politics, and as you cover it, for me at least, it was something [in which] I didn’t want to just be an observer; I wanted to be part of it.

You’ve worn so many hats over the years, figuratively speaking. What was a typical workday in the life of Lesley Israel like when you were first starting out?

Well, it did change. We had two young kids; I didn’t start working until they started school, but they were still in school, and they were little boys, so I had to build my life around their schedules initially. I was working, doing volunteer work and working part-time at that point, because I still had to worry about them.

And how did that typical workday change as you advanced in your career?

What was your favorite time of all?

My favorite time of all, I guess, was, I don’t know, the end of the day when I got to go home to my husband and kids.

[laughs] No, not really. I’m not doing it because it’s a “job”, I was doing it because I cared about it, and in each case, I was doing something that I really wanted to do. In many cases, I was doing jobs that I was invited [to do] and just inventing as we went along, because campaigns were changing in those days, mostly because communications were changing. So as we got into a world of internet, for instance, and more TV stuff, it was, yes, it’s stressful, but I don’t think it was exhausting. [pause] It mattered.

You served as senior vice president of the very well-known Kamber Group for six years before leaving to start Politics, Inc., a political consulting firm. How did you know when it was time to take that leap? Did you achieve your vision [with Politics, Inc.] as intended, and does the company still exist today?

Well, no, Politics, Inc. does not exist today. We started politics Inc. within the Kamber Group; the Kamber Group was a consulting firm that heavily represented labor unions. And we realized—my partners and I realized—that if we were going to do politics, we had to have a separate technical organization, because not every group, not every other client would agree with the clients I was representing politically. So I made that move at the point when we started moving from just representing unions to my representing political clients.

And yes, I achieved my vision as intended. I got to do a lot of things that made a difference, and I did politics; I actually worked in politics at two different levels. I worked in the United States on political campaigns, whether they were presidential campaigns or congressional campaigns that were clients of ours, but I also started doing a lot of international democracy at one point. So I would go overseas and help organize elections in emerging democracies, help write their election laws or just monitor their elections to make sure that they were legit.

That’s important work, to say the least. You were involved in the Commission For the Preservation of America’s Heritage Abroad. How did your involvement in this group begin? And what was the overall experience like? Have the international properties you fought for remained protected to this day?

When it was formed, I mean, it was just sort of “the gang” got together [and formed] the Commission For the Preservation of America’s Heritage Abroad, and it was the umbrella under which [we were] able to do work on elections overseas.

And we weren’t just working with Americans and with members of the Commission; we were working with volunteers or professionals from all kinds of countries around the world who are supporting the same campaign. Your partner was almost never another American, it was somebody from Poland or Bosnia or wherever.

The current situation in Ukraine must be especially meaningful to you, having worked so extensively not only in Europe but all over the world to protect and promote democracy. So I’m wondering, how does something like this, a Russian invasion happen in the first place?

With something like this happening, you’ve got a guy named Putin who wants to take charge of things and moves in and does it. It’s not something Russia did as a country, it’s something I think that he did as the leader of that country.

Was the invasion inevitable in your opinion? What could have been done to prevent it, if anything?

It was not inevitable. But, since he was there and he wanted to have this role, and he had the power to start it, I’m not sure there would have been anything we could have done to prevent that one. I mean, much of what we did around the world—I worked primarily in eastern Europe and central Asia because that’s where the United States sent us—[we] all worked together with local people doing what they wanted to help them move forward into a democracy that they’ve never known before. [Putin], of course, is trying to take that democracy away with what he’s doing in Ukraine.

And what do you predict will be the outcome?

I hope the outcome will be that he loses. Russia is a strong, important country, but there are a great many more countries that are on the other side of the coin on this one. I predict that ultimately we will beat him, and that will mean the world moves forward another step in the correct direction. But, for how long it goes in that direction as opposed to elsewhere, and what the cost will be, who knows?

Yes, I guess it remains to be seen. We live in especially divisive times, politically speaking. In your experience, have we ever been so divided as a country? Or is this something new? Is there anything that can unite everyone at this point? And what do you think caused all of this in the first place?

Well, have we ever been so divided as a country? We did have something called a civil war! [laughs]

Yes, but of course we’ve been divided as a country. And politically speaking, we’re often very—I mean, we were united when it came to World War II, for instance. Pretty much.

But when there have been a lot of smaller wars where we’ve been divided, whether it was Korea or Vietnam. I don’t think the people of the United States, frankly, are as emotionally involved with this one as they have been with some others, mostly because they don’t see it up close and personal.

Your work in the Jewish community has been celebrated all over the world for many decades. Most notable is perhaps the time you spent helming the National Coalition Supporting Soviet Jewry and the Bender Jewish Community Center. You even received a special service award from the latter. Are you still active in the Jewish community?

Not particularly, only because I no longer live in Washington. We’ve moved out into what’s called the eastern shore of Maryland on the other side of the Chesapeake Bay. I’m involved in our local community, but it’s a much smaller, less active community.

We have a synagogue, but we don’t have things like a Jewish community center and all. Otherwise, I’ve still been involved in some of the national stuff, but I’m backing off some of that just because nobody should sit on the same board for 20 years. It’s someone else’s turn.

Yes. In 1990, Washington Magazine named you one of the 100 Most Powerful Women. One would be hard-pressed to find a woman who has used her power for good more than you have. Looking back, do you have any regrets about your career? Are there any things that you wish you could have done differently?

Isn’t that the truth! So, what advice do you have for young women in your field just starting out? What words of wisdom can you share with them that might spare them some of the hard lessons learned in the intense world of politics?

Get into it, do what you want to do, but cooperate with other people. Remember that there are a lot of people there who have been around a long time and know what they’re doing. Work with them, not against them. But do what really matters to you, and if you don’t believe in it, don’t do it. And if you don’t care about it, don’t do it.

But, do get yourself involved and look to see where the needs are, and do what the needs are. And they’re not the same today as they were then. In my day, we didn’t have the internet the way we’ve got it today, for instance. Just get in there and remember that you don’t play this game to make money. You’ll get paid something, but you’re not going to get rich playing the game.

This article is the first of four in the Lesley Israel interview series, titled Work That Matters. Please visit www.LesleyIsrael.com for more information about Ms. Israel and this interview series. 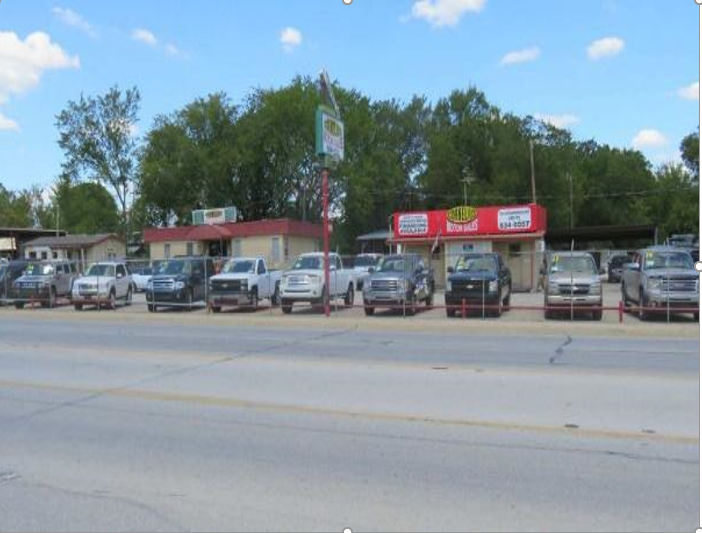