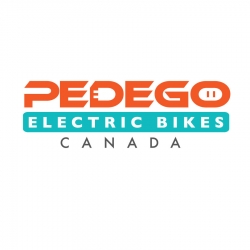 Calgary, Canada, April 26, 2018 –(PR.com)– Commute times along the Bow River Pathway are going to get a lot shorter for people who shop at Calgary's newest store. Pedego Electric Bikes Calgary is opening its doors May 1 and selling the number one electric bicycle brand in North America: Pedego Electric Bikes.

Conveniently located in the Eau Claire Market on the bike path beside the Bow River and Prince's Island Park, the Pedego Electric Bikes Calgary store sells 18 models of electric bikes, from cruisers and cargo bikes to dual suspension mountain bikes and fat tire bikes, perfect for riding on the beach or in the snow. Electric bike rentals and service will also be offered.

The store is the first of its kind in Alberta and it joins five other new locations opening across the country this month, making Pedego the fastest growing electric bike brand in the country.

Cal Whiting is the owner of Pedego Electric Bikes Calgary, and as a former bike messenger, he understands the value of bicycles in an urban environment. He also knows that having an electric motor completely changes the biking experience, making it a lot more fun. “Pedego electric bikes are a blast to ride," he says. "It isn’t until you try one for the first time that you really get it. The smile says it all.”

The other business Whiting owns is a mail management and shipping company in Calgary so he's well-versed on the traffic challenges facing residents and visitors to the city. That's the beauty of electric bikes, he says. “They will get you off the couch, and you’ll get out of urban congestion and out of traffic faster riding a Pedego.” With the growth of residential high-rises in the downtown core, he recognizes that many people can get by now without the regular use of a car and a Pedego electric bike is a viable alternative for getting around — one that offers free parking and doesn't require fill-ups at the gas station.

Pedego Electric Bikes are designed in California and sold around the world. It is the company's belief that electric bicycles transform people's lives by getting them off couches, out of cars and having fun — lots of fun. 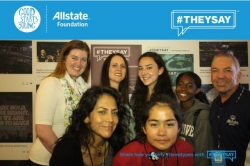