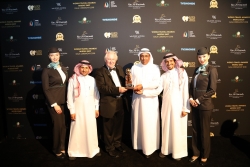 Riyadh, Saudi Arabia, April 19, 2018 –(PR.com)– flynas, the Saudi national carrier and leading low cost airline in the Middle East was honored, for the fourth year in a row, with the prestigious World Travel Award for “Middle East’s Leading Low Cost Airline 2018,” during the ceremony that was held on the 19th of April, 2018 at the Waldorf Astoria Ras Al Khaimah, United Arab Emirates.

Considered as the Oscars of the travel and tourism sector, World Travel Awards reward and celebrate excellence across all key sectors of the travel, tourism and hospitality industries.

Being recognized as Middle East’s Leading Low Cost Airline for the fourth consecutive year depicts a strong testament of flynas’ position as a customer centric airline which understands diverse passenger needs and demands, and provides them a unique travel experience with incomparable value additions, digitized solutions and enriched on board experiences.

Remarking on this achievement, Bander AlMohanna, the Chief Executive Officer of flynas said, “I am extremely proud and humbled to have received the fourth WTA Middle East’s Leading Low Cost Airline award. The team at flynas has gone from strength to strength with steadfast commitment to reach business excellence, while keeping to the promise of delivering a more enjoyable on-ground and on-board experience to our flynas passengers.”

“The year 2017 marked an exceptional year for flynas as we carried more than 6.4 million passengers on our domestic and international flights, and achieved a grand 96% of passenger satisfaction. In the same year, flynas was also honored with the prestigious Skytrax award for Best Low Cost Airline in the Middle East, as well as the award for Middle East’s Leading Low Cost Airline in WTA 2017, which we also won for the year 2016 and 2015. These achievements further testify flynas’ commitment to strive and continue to front the industry in the many years to come,” he further added.

Continuing to grow and invest in its products and brand, flynasunveiled a new modern identity in 2013, and made significant investments in 2014, enhancing its aircraft fleet, introducing a dedicated Business class, launching new diversified services. flynas expanded its partnership portfolio with the signing of an agreement with Airbus to purchase 120 new A320NEO aircraft at a list value of US$8.6 billion, which is considered the second largest agreement in the region, in addition to signing a codeshare agreement with Etihad Airways, Pegasus Airlines and Jet Airways.

DMA Rated as the Strongest Value SEO Agency by Reviewers on CrowdReviews.com 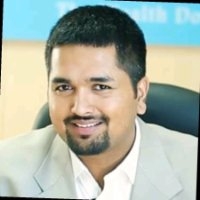