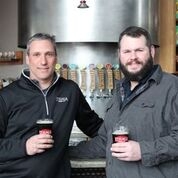 Ithaca Beer has been committed using New York State grown barley and hops for many years and the release of Brew York reflects their confidence in the quality and availability of these ingredients. "The release of Brew York has been in the making for more than a decade. In 2004, we introduced an all New York State hopped Double IPA while working on getting the Northeast Hop Alliance off the ground. We spent significant time in front of state legislators requesting support to bring back the once thriving NYS hop industry," said Ithaca Beer co-founder and president, Dan Mitchell.

That Brew York is broadly available year-round throughout New York is a unique first. To date, predominant New York State ingredient brands have been geographically limited or seasonally available. Ithaca Beer has worked with several New York State barley and hop growers and suppliers to ensure that the quantity of consistent high-quality ingredients would be available to make this beer all year and in volumes required to serve all of Ithaca Beer’s wholesaler markets. “I can’t thank our partners enough for their commitment and collaboration in this project. I have no doubt the future of NYS Agriculture and craft beer will find continued success,” says Director of Brewing Operations Andrew Hausman. Ithaca Beer is initially working with Chimney Bluffs Hoppery, Ledyard Farms, 1886 Malt House and Country Malt Group to supply 100 percent NY grown hops, and 66 percent NY grown barley for Brew York. Hausman says, “We currently work with two hop suppliers and two malt producers and anticipate our business with them to grow. However, we are open to working with additional suppliers as may be necessary for the sustainability of the Brew York product. As brewers, our focus is sourcing the highest quality ingredients we can find.”

Ithaca Beer supplier partners have been equally energetic about working on this project.

“Chimney Bluffs Hoppery is excited to provide hops and partner with Ithaca Beer providing craft beer enthusiasts throughout New York with the first of its kind ‘Brew York Pale Ale.’ We are proud to support the effort of locally sourced ingredients and a brewed product that exudes the Spirit of the Finger Lakes. We look forward to this brew’s success and wish our partners well.” – David Williams, Chimney Bluffs Hoppery, Wolcott.

Noel McCarthy, 1886 Malt House in Fulton says, "Brew York is a fantastic way to showcase the quality ingredients being grown, malted, and brewed in New York State. 1886 Malt House is proud to be collaborating with Ithaca Beer Company and the other talented producers on this project."

Bryan Bechard, Country Malt Group in Champlain states, “From our humble beginnings in 1995, Country Malt Group has grown into a New York State success story as the world's leading Craft Brewery supply business. In 2016, we created ‘Empire Malt,’ a brewer's malt with 100 percent New York barley. We are proud that Ithaca Beer has selected our NY malt for their Brew York pale ale release.”

Brew York is an inviting and approachable pale ale that should appeal to a wide audience of craft beer enthusiasts. The beer is lower in alcohol at 5.25 percent, and soft on the palate making it easy to enjoy. The hop profile is fruity with berry notes, further showcasing the unique New York grown ingredients. The brand releases mid-May with a special release event at Ithaca Beer’s Taproom. Brew York will be available in retail stores, bars and restaurants as wholesalers begin distributing it throughout the month.

About Ithaca Beer Company
Ithaca Beer Co., celebrating twenty years in business was founded in 1998 by Dan Mitchell and is the first established and largest craft brewery in New York’s Finger Lakes Region. The brewery features a 50-barrel brewhouse with a 5-barrel pilot system that produces numerous one-off small batches for its in-house Taproom and for special wholesale occasions. Ithaca Beer currently brews approximately 25,000 barrels of beer annually and distributes to 54 wholesalers in 14 states including New York, Pennsylvania, all New England, as far west as Ohio and North Carolina to the south. 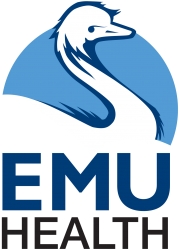 Why Booknetic is the Right Tool for Business Appointments?